Situated off the North West coast of Africa, Tenerife is the largest and most populated of the eight island Canary Islands of which it forms part. It’s also the most popular with tourists due to the abundance of things to do. Around 5 million tourists visit each year, making Tenerife the economic capital of the Canaries. 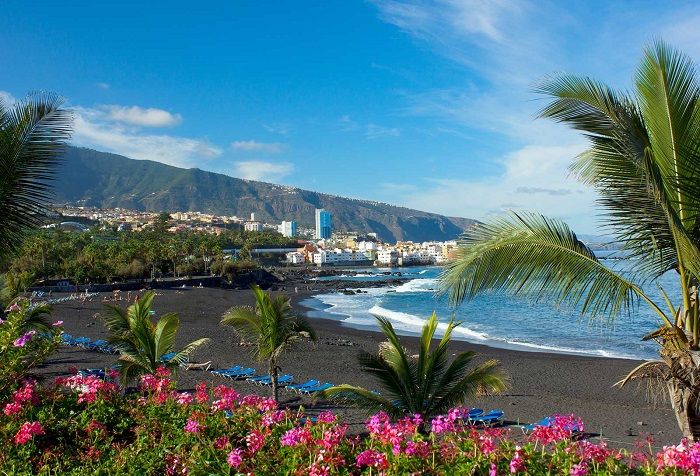 Tenerife is serviced by two airports – North and South. They are around 45 minutes’ drive apart so, whilst you can access both fairly easily, it’s a good idea to fly into the one that is closest to where you are staying. The south of the island tends to be more popular with tourists and has slightly better weather, but the North also has many positives such as amazing restaurants and fabulous scenery. Here are 3 great reasons to visit Tenerife.

There are a host of things to do in Tenerife so your main issue will be trying to fit it all in! An absolute must whilst visiting has to be whale watching. Tenerife is considered one of the best places in the world to see whales and dolphins. The all-year-round sunshine coupled with clear water and blue skies makes it the perfect spot. Whether you want to take to the water in a sailing boat, catamaran, or motorboat, whale watching in Tenerife is an experience that you do not want to miss.

There are a host of restaurants throughout Tenerife offering a wide range of beautiful foods and charming ambiance. Bar El Cine is a restaurant located on a tiny street in Los Cristianos and famed for its amazing fish dishes, so if a catch of the day is your thing, then it could be a great choice. Tapaste, situated in the far North of the island, celebrates Tenerife’s fresh vegetable and fruit production. Vegetarian food dominates the menu, and great care is taken to ensure that all meals are healthy as well as delicious. Tenerife is filled will restaurants lining the busy streets in the evening so, regardless of what type of food you prefer, there will something to suit.

There are a host of man-made beaches in the south along the Costa Adeje to Los Cristianos strip. Whilst none of the beaches in Tenerife are anything like those you would find in the Caribbean, these do look very welcoming with their golden sand and a host of amenities should you wish to escape to some shade from time to time throughout the day. Puerto de la Cruz, situated in North Tenerife, is extremely popular with tourists and has a natural black sand beach. Regardless of your preference, you won’t be short of choice. Sun loungers are available to rent if you want to sunbathe with a bit more comfort and almost all of the beaches in Tenerife are lined with bars and cafes, so if you want to take a break from the sun and grab a sangria or a bite to eat, there are lots of options.