Australia and New Zealand are former colonies of the British Empire, located in the Southern Hemisphere. They are right next to each other and have many environmental and geological similarities. However, New Zealand and Australia are extremely different in many ways despite how close together they are.

Australia is a huge country with a primarily coastal population and an outback that is red and rustic. New Zealand is formed of two separate islands primarily, with a mountainous terrain giving way to rolling countryside. Both countries offer a superb outdoors lifestyle, people with a good outlook on life, and generally, a very good balance of work and life.

Let’s take a look a bit further into how the countries are the same, and how they differ.

Getting around Australia or New Zealand

New Zealand is a much smaller country with just a few hours between most locations. Both countries have big cities with superb transport networks. Those in New Zealand can use their driving license in Australia and vice versa.

Don’t be surprised when you hear “chur!”, “hard mate!”. The Australians, as you might have heard with the cricketers, tend to shorten just about everything. If your name is Tederington, they will call you Teddy, chocolate is “choccy”, and so on.

One area the countries are very different is the cultural aspect and indigenous people. Australia has the aboriginal people, and the New Zealand islands have the Polynesian Maoris. New Zealand Maoris came to the country around 1000 years ago, whereas the Aborigines are one of the oldest, if not the most ancient civilisation on earth.

In Australia, the Aboriginal culture means that there is quite a social chasm between the indigenous people and the new cultures from the West that dominate the country. The Maori have integrated much better into New Zealand’s new social fabric. 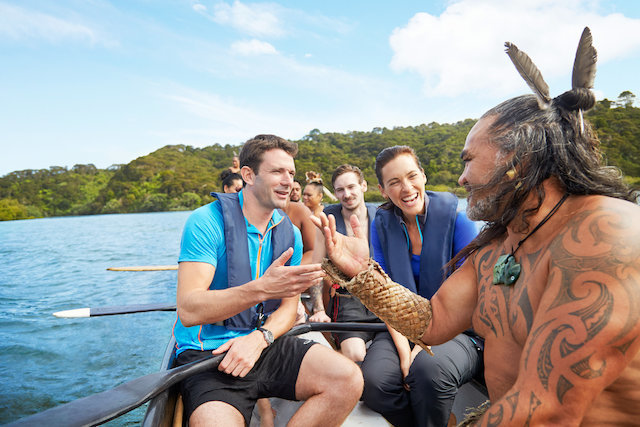 Australia, as you probably know, has an array of poisonous animals and insects, as well as snakes, sharks, jellyfish and so on. They also have lots of their own animals like echidnas, wombats, kangaroos, platypuses and so on.

New Zealand’s wildlife isn’t so strange; however, they have a great array of birds including the yellow-eyed penguin, the Kea, the forest floor kiwi, and the tui. There are lots of ways to explore New Zealand wildlife, with one of the best being a canopy tour in somewhere like to Rotorua, where you can get up in the trees and really be amongst the birds.

The Cost of Living

New Zealand is generally a higher cost for living, but Australia is still relatively high. Australia has an excellent healthcare system, but if you are traveling on vacation, then there will be costs involved, so make sure you have health insurance.

The economy of New Zealand suffered a little more in the recession from 2008 but has recovered fairly well. Both economies are forward thinking and the entrepreneur environment is good. Australia has a strong mineral base, including gold and oil, and this helps to keep the country stable during challenges in the economy around the world.

The Climates of Australia and New Zealand

Australia is a red-dirt filled country, with beautiful beaches around the coasts where most people live. New Zealand is a much wetter and greener country with stunning landscapes. In the summer, New Zealand tends to be fairly humid and reasonably warm. The North Island is a little warmer than the South.

Similarly, in the winter, you may have a much warmer North and South. The Australian climate is warm, with high humidity and frequent heat waves. You can count on the weather and it is, therefore, a great holiday destination.

So, which is the best country?

You can’t really say whether Australia or New Zealand is better, because it is down to your personal preferences. Both countries are beautiful and have diverse influences and great reasons to visit. New Zealand has a tendency to be a little more relaxed, tranquil and more of a chilled destination. Australia is very diverse, places like Sydney are multi-cultural and vibrant.

If you’re considering moving to one of these countries, or simply want to move to the other side of the Tasman, you can do it with ease by using a professional moving company like Ausmove, as the process for both countries is quite similar, but with nuances that can cause confusion.

Copyright 2016 Compare and Choose | Review us on Google or Facebook